Allowing a contested ‘foreign’ traumatic event or controversial figure to find its way into Canada’s public realm, and even to take up a central position within this public arena, might create disagreements among citizens driven by ‘national versus extra-national’ and ‘extra-national versus extra-national’ antagonisms. This section reveals past and potential rivalries between different citizen groups, and even within a single ethno-cultural group, over who gets access to the public realm.

These two monuments polarized the Toronto Chinese community in the 1980s. Orchestrated by the Canadian Chinese Committee, a public art competition was held in Toronto in 1983 for a statue of Sun Yat-Sen, Chinese philosopher and revolutionary. If quality, thematic,[i] and location concerns were deeply problematic – for instance, the Canadian Chinese Committee wanted a visible City-owned park, a prominent location such as Harbourfront, Allan Gardens, High Park, or Grange Park –,[ii] one of the main points of contention was whether or not to commemorate, on Canadian soil, a figure whose impact and actions concerned a foreign country.[iii] The argument was brought up by Chinese Canadians arguing for a memorial to the Chinese railroad workers instead of the Sun Yat-Sen monument. They claimed that it would be more appropriate to commemorate the “silent pioneers who built the transcontinental railway [Canadian Pacific Railway] and thus built a nation.”[iv] Here is a clear example that a focus on ‘Canadianness’ might also constitute a central concern for ethno-cultural communities which are frequently understood as ‘imagined communities,’[v] but which are actually marked by religious, political, and even cultural differences. Both monuments were finally erected within a five-year time frame. Despite opposition, the City council accepted the Sun Yat-Sen statue, which has stood since 1984 in Riverdale Park, near East Chinatown. The Chinese Railroad Workers Memorial, made primarily of wood and metal, was unveiled in 1989 at the intersection of Blue Jays Way and Navy Wharf Court, an equally prominent site.

In 2010, a tremendous turmoil broke out in Canadian media about the erection in Ottawa of a memorial commemorating victims of Communism. The project was attacked on different levels: the ambiguity of the theme, its expected location (next to the Supreme Court of Canada), its design, its size, its seven-figure budget (a combination of private and federal funds), and its negative symbolism, making of it “the most contentious monument in Ottawa’s modern history.”[vi] The ‘extra-national versus the national’ opposition also became a focus in this affair. In February 2009, members of the National Capital Commission’s External Committee of Experts on Commemorations discussed the theme of the Memorial to Victims of Communism proposed by Tribute to Liberty.[vii] They noted that the proposal did not meet National Capital Commission’s criteria, because commemorations expected to be of national significance “must derive directly from events or persons of ongoing significance to Canadian history and Canadian society.”[viii] Concerning the crimes of Communist regimes, this committee’s members argued that “the primary events did not occur on Canadian soil and the subjects only became Canadians subsequent to these events. The topic is therefore not seen as a central theme in Canadian history.”[ix]

In spite of this, the project’s development continued until 2014, when the federal government decided to put it on hold. Since then, the project has gone through a plethora of adjustments (for instance, new location and design),[x] but it has kept the ‘Canadian perspective’ it had been given in the aftermath of negotiations between the National Capital Commission and Tribute to Liberty, in September 2009.[xi] Today, this project’s latest version is referred to as Memorial to the Victims of Communism – Canada, a Land of Refuge, which is still expected to materialize in the Capital.[xii] It will recognize and celebrate the role played by Canada as host society for people who fled communist regimes.[xiii]

Toronto has never known a dispute on this scale over a monument with this theme. Still, this city hosts not one but four ethno-cultural monuments commemorating victims of communism regimes (see Katyn Memorial; Crucified Again; Broken Bicycle ; and Goddess of Democracy). One of them, Crucified Again (1989), located in Masaryktown Park, a privately owned park with free public access, is seemingly at the origin of the controversial monument to be put up in Ottawa. According to the Canadian Press, in 2007, Jason Kenney, Canadian secretary of state for multiculturalism, visited the small memorial depicting a Christ-like figure crucified on a hammer and sickle. Kenny suggested then that the memorial should be relocated to a public park, or that a similar one should be commissioned for Ottawa.[xiv]

Despite the restrictive character of Toronto’s new public art donation policy (see Introduction), the door remains open to individuals and groups who are able to respect the donation guidelines’ thematic, artistic, and financial criteria, and who can exert economic and political influence at different governmental levels. On July 28, 2016 (in advance of the adoption of the 2017 Toronto municipal public art donation policy), a memorial proposal to commemorate the victims of Holodomor, the genocide by famine carried out in Soviet Ukraine by Joseph Stalin’s government from 1932 to 1933, was accepted by the City Council.[xv] In fact, if we exclude the Irish Famine Memorial (2007),[xvi] it has been the sole commemorative public art donation accepted by the City of Toronto in more than a decade[xvii] of which the content is not directly connected to Canada’s history. The Holodomor Memorial constitutes a gift from the Toronto Branch of the Ukrainian Canadian Congress to the City of Toronto, and its cost is estimated at $0.9M, all of which will come from the donor.[xviii] Moreover, the Ukrainian Congress will be giving $90,000.00 to the City for future repairs and maintenance of the memorial, whose main element will be a replica of the statue Bitter Memories of Childhood by Ukrainian artist Petro Drozdowsky. In light of this work’s approval, we are reminded of the 2014 Armenian Genocide Memorial proposal (see Section II, State of Denial). The negative outcome of that proposal raises the following question: Why will the Holodomor and not the Armenian Genocide be memorialized in Toronto’s civic space? This question becomes all the more relevant given the fact that both crimes, although officially recognized as genocides by Canada, remain sensitive topics for the current governments of Russia and Turkey, respectively. According to the City’s Cultural Partnerships Manager Sally Han, the Holodomor Memorial proposal was approved in large part because the donor, the Toronto Branch of the Ukrainian Canadian Congress, provided at the outset the substantial sum required for the artwork’s commission and maintenance.[xix] In light of the Holodomor Memorial proposal’s endorsement by the City, one could argue that based on the political, and more important, the economic clout of particular citizen groups, or even the efficacy of their lobbying or memorial activism, ethno-cultural monuments will have more or fewer chances to be materialized, whether or not they channel extra-national heritages.

[i] The City of Toronto’s selection committee for public art had encouraged the proponents of the statue to enlarge the parameters of their proposal to create a memorial which would be meaningful to a broad spectrum of Torontonians. See, City of Toronto Archives, Fonds 1306, Serie 310, Subseries 1, File 20, “Grange Park, Dr. Sun Yat Sen Statue,” box 145, folio 3. Letter from Peggy Gale, chairman of the Selection Committee for Public Art to the City’s executive committee, 26 Feb. 1982: 3.

[vii] Tribute to Liberty is a Toronto-based non-profit organization whose principal mission is to fund and spearhead the memorial. See http://tributetoliberty.ca/.

[x] In May 2017, the new design for the commemoration in Ottawa of victims of Communist regimes was announced. The winning design was Arc of Memory by Paul Raff, Michael A. Ormston-Holloway, Brett Hoornaert, and Luke Kairys. See, Andrew Seymour, “Arc of Memory ‘living calendar’ chosen for Memorial to Victims of Communism,” The Ottawa Citizen, 17 May 2017. http://ottawacitizen.com/news/local-news/new-design-chosen-for-memorial-to-victims-of-communism

[xiv] Don Butler, “A monumental controversy: History of the Memorial to Victims of Communism,” The Ottawa Citizen, 7 March 2015. http://ottawacitizen.com/news/politics/a-monumental-controversy-history-of-the-memorial-to-victims-of-communism

[xvi] Although this ethno-cultural monument commemorates an Irish tragedy without a direct relation to Canada, it also recalls the arrival of an Irish contingent to Toronto in 1847 fleeing the so-called Potato Famine (1845-1851). The development, design, supply, installation, and construction of the park area where the sculptures by Irish artist Rowan Gillespie stand were secured by the Irish Canadian community, which also donated a maintenance reserve fund. See, City of Toronto, “Donation of Park to Commemorate the Victims of the Irish Famine (Downtown).” http://www.toronto.ca/legdocs/2000/agendas/council/cc/cc000704/to11rpt/cl064.pdf 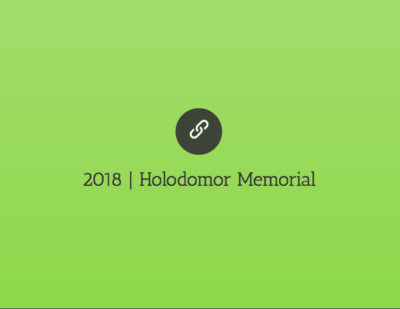 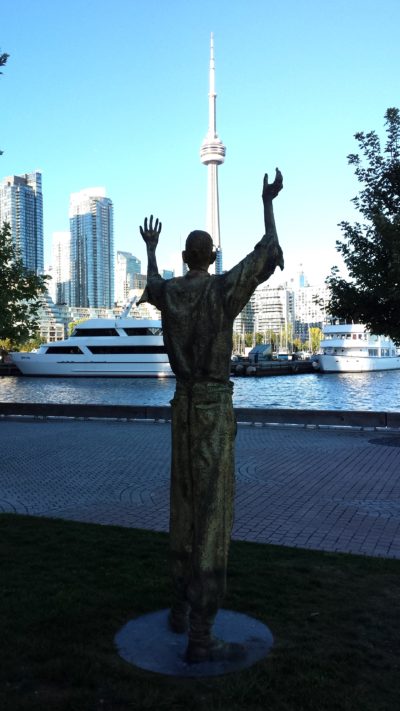 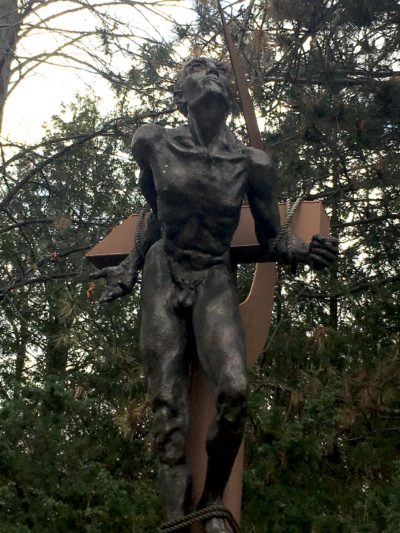 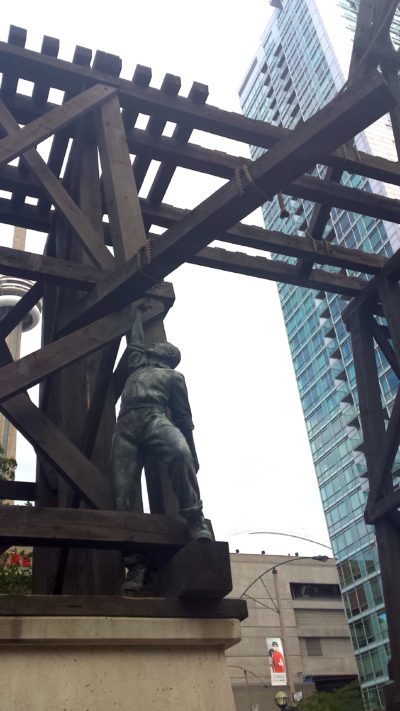 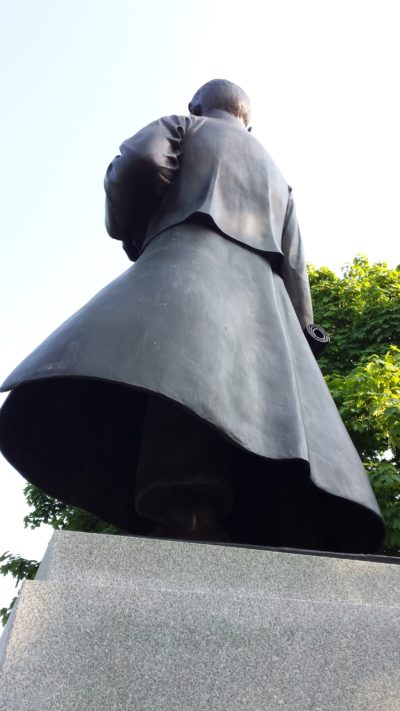